House No 258/4 “ZUM PARADIES” is a notable cultural monument of Classicist architecture. It was built in 1788 on Štěpán Square, now Laube Square. It was completely rebuilt in the 1980s in a Classicist style. The building served as a spa guesthouse and housed one of the first photographic studios of the 19th century. Due to its long-term dilapidation, it was to be razed to the ground in 1986. It was saved by AGENS, a company that bought the dilapidated building and rebuilt it, restoring its original appearance in 1993. 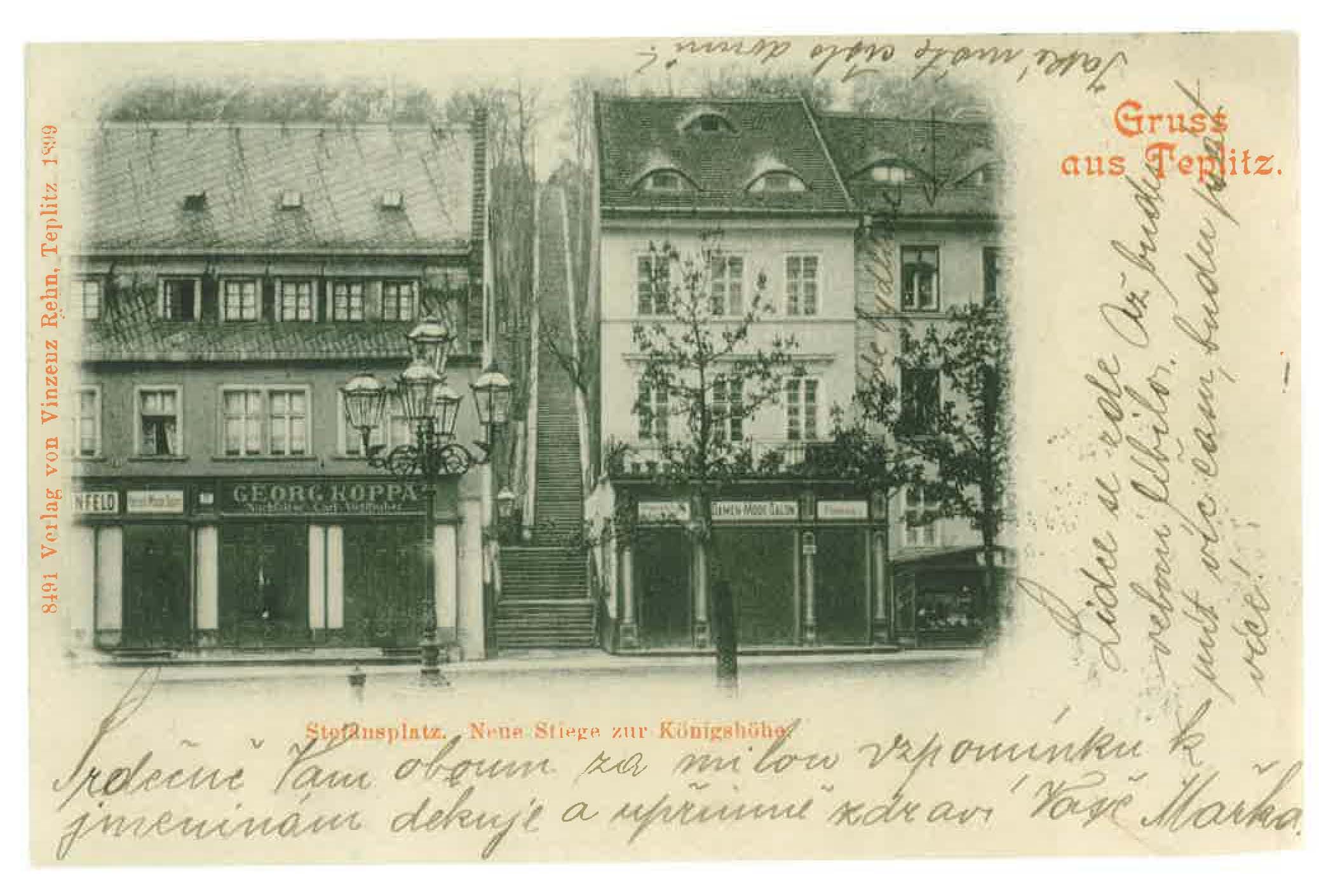